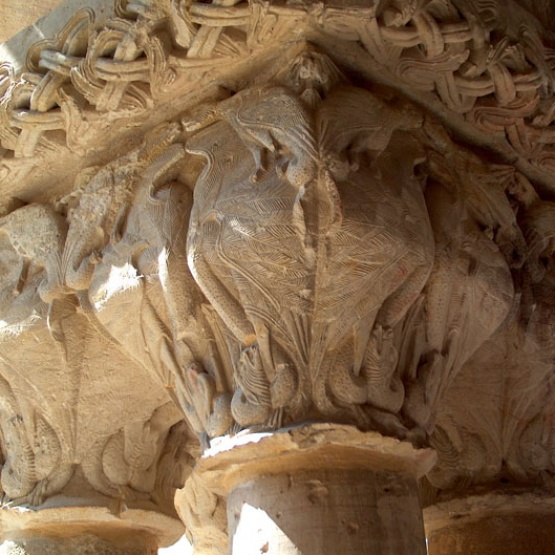 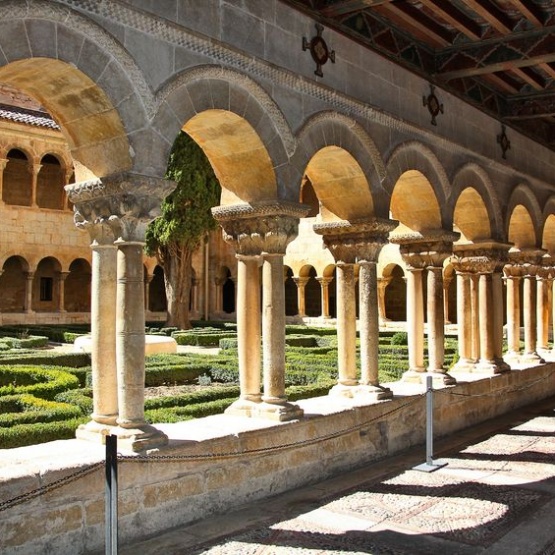 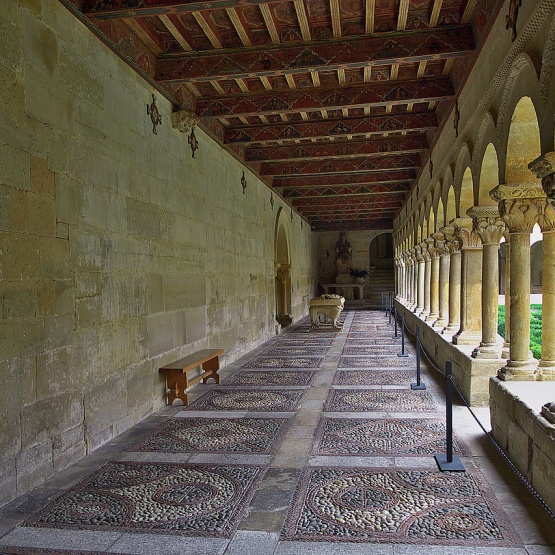 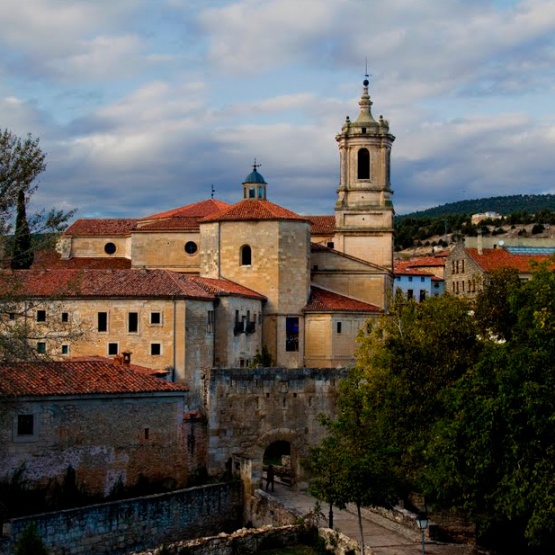 This early 12th century Benedictine Abbey is famous for its Romanesque cloister and its cypress, praised by so many poets, and the only monastery where the monks still perform in Gregorian chant.

Highlights the botica or original pharmacy, a magnificent mudéjar coffered ceiling and especially important is the library, open to research and in process of computerization. Despite the wars and sacking, there are incunabula, illuminated codices, manuscripts and the Glosas Silenses.